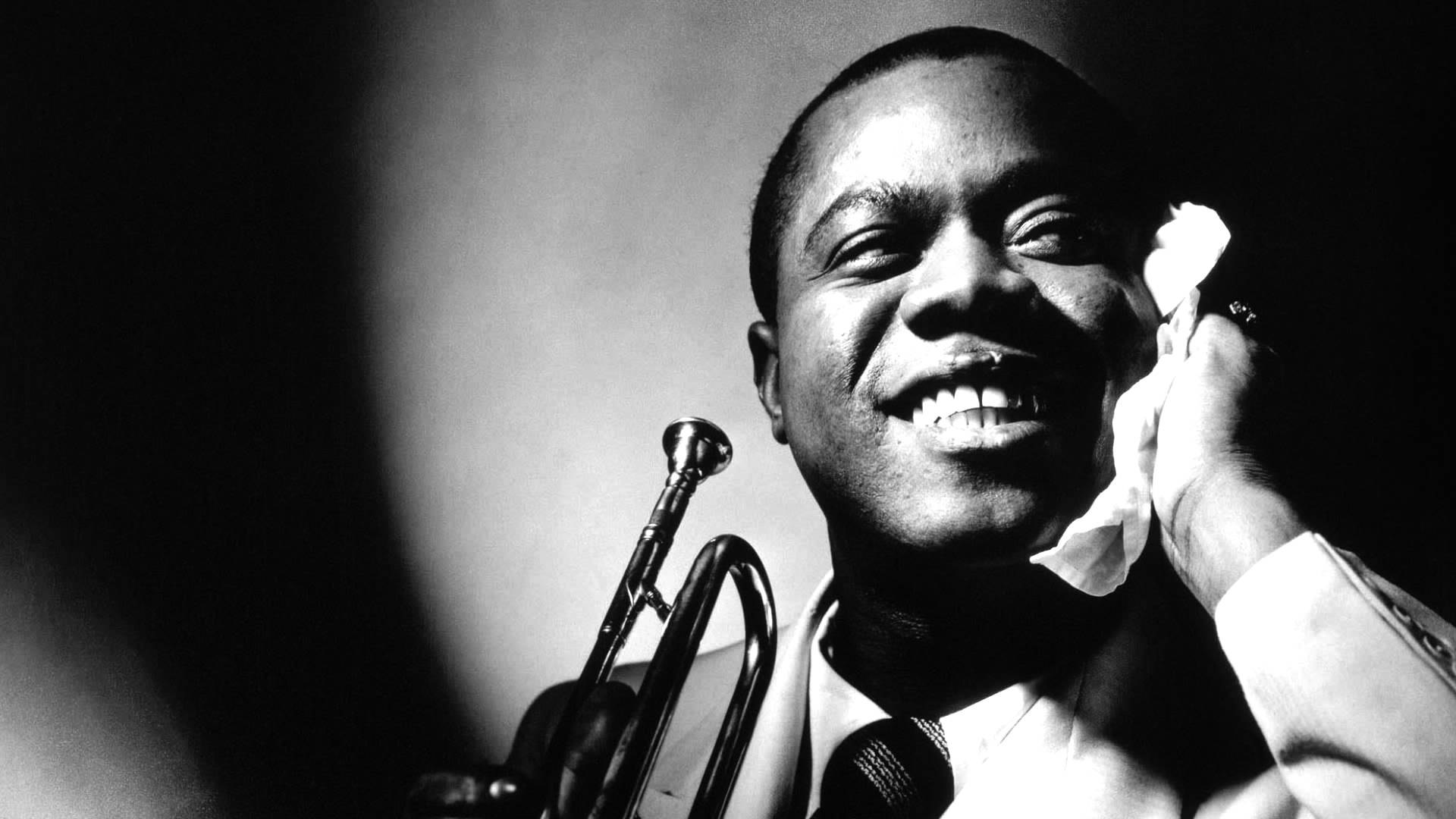 “The memory of things gone is important to a jazz musician. Things like old folks singing in the moonlight in the back yard on a hot night or something said long ago.” ~ Louis Armstrong

In honour of Louis “Satchmo” “Pops” “Ambassador Satch” Armstrong’s 114th birthday today, instead of sharing a poem, here’s a little musical interlude for you from the jazz master himself. Click the Soundcloud or Spotify players below, or for YouTube click here for Summertime (if only that worked in England).

Louis was born in New Orleans, and first started making music in the 1920s. I love him as remember listening to his music in my [self-appointed] granddad’s garage. I was about seven and it near-instantly inspired me to learn the cornet, then trumpet, and later be part of a little jazz band.

Though there were a lot of dull tunes in between, it was in playing Louis’ score of Summertime which lead to my first addictive taste of solo travels but it’s Louis Armstrong, so you don’t need any reasons, really. Happy birthday Satchmo.

“I don’t need words – it’s all in the phrasing.” ~ Louis Armstrong

“I don’t need words – it’s all in the phrasing.” ~ Louis Armstrong