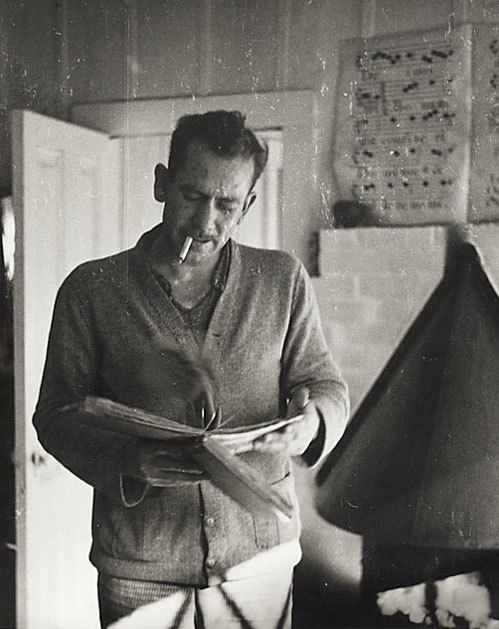 “A kind of light spread out from her. And everything changed color. And the world opened out. And a day was good to awaken to. And there were no limits to anything. And the people of the world were good and handsome. And I was not afraid any more.” ~ John Steinbeck, East of Eden

In celebration of John Steinbeck’s 113th birthday, here are his six tips for the aspiring writer, that is, all writers who write. Originally added into a letter he wrote to a friend the same year he won the Nobel Prize, “The following,” wrote Steinbeck, “are some of the things I have had to do to keep from going nuts.” You may also enjoy reading a collection of Steinbeck’s observations on the art of fiction here, in the Fall, 1975 edition of The Paris Review.

6 Writing Tips for the Aspiring Writer

1. Abandon the idea that you are ever going to finish. Lose track of the 400 pages and write just one page for each day, it helps. Then when it gets finished, you are always surprised.

Write freely and as rapidly as possible and throw the whole thing on paper. #writetip

2. Write freely and as rapidly as possible and throw the whole thing on paper. Never correct or rewrite until the whole thing is down. Rewrite in process is usually found to be an excuse for not going on. It also interferes with flow and rhythm which can only come from a kind of unconscious association with the material.

3. Forget your generalized audience. In the first place, the nameless, faceless audience will scare you to death and in the second place, unlike the theater, it doesn’t exist. In writing, your audience is one single reader. I have found that sometimes it helps to pick out one person–a real person you know, or an imagined person and write to that one.

In #writing, your audience is one single reader. #writetip

4. If a scene or a section gets the better of you and you still think you want it–bypass it and go on. When you have finished the whole you can come back to it and then you may find that the reason it gave trouble is because it didn’t belong there.

5. Beware of a scene that becomes too dear to you, dearer than the rest. It will usually be found that it is out of drawing.

If you are using dialogue–say it aloud as you write it. #writetip

6. If you are using dialogue–say it aloud as you write it. Only then will it have the sound of speech.

“As you write, trust the disconnections and the gaps. If you have written what your eye first saw and you are stopped, see again. See something else. Take a leap to another image. Don’t require of yourself that you understand the connection. Some of the most brilliant things that happen in fiction occur when the writer allows what seems to be a disconnected image to lead him or her away from the line that was being taken.” ~ John Steinbeck

P.S. Sign-up to my newsletter, should the mood take you, Namaste ♥